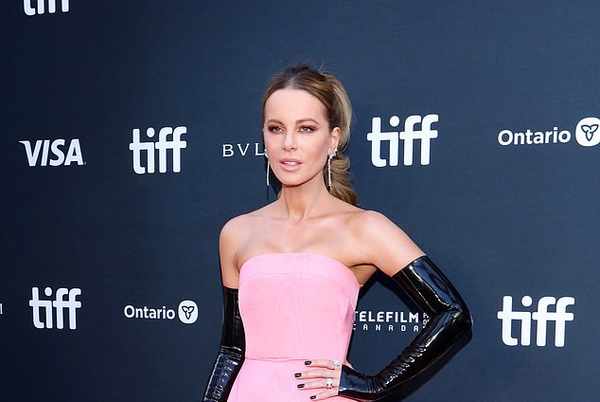 Kat Beckinsale, who starred in Prisoner’s Daughter, which premiered during the Toronto International Film Festival on Wednesday.

At the event, Madonna wore an outfit that drew quite a bit of attention. People continuously stopped and took pictures of her as they walked by.

The actress was also joined by the film’s director, Catherine Hardwicke, as well as her costar, Brian Cox at the premiere.

Catherine Beckinsale wore a gorgeous light pink dress that flared out at its bottom at the event.

She had gorgeous light brown hair that was tied up on the side but fell onto her back for most of the event.

The Twilight director [the actor] wore a pair of purple sunglasses and some necklaces for the event.

Cox looked sharp while wearing a navy blue shirt and a plaid suit during the premiere.

Succession’s premiere was also attended by its stars, as well as many members of the production team and cast.

Huffpost announced last January that Beckinsale signed on to star in the movie along with Deadline.

This movie is centered on a terminally ill former convict with a violent past who tries to reconnect with his daughter and grandson.

Alongside Beckinsale, Cox, Tyson Ritter, and Jon Huertas are actors who appeared in the film such as Ernie Hudson.

Alexandra Hardwicke told Deadline that her film would tell the story of a potentially “troubling” yet moving.

The director then remarked that she began working on the movie while having a specific set goal in mind.

“I want to fully immerse the viewer in Kate’s character’s intense world,” said Best Director nominee Kristen Stewart. Her film, “Personal Shopper” is on the 2017 black list voters’ list of films they hope will be included on the Academy Awards’ final ten slots.

Producing Grasic went on to state that she was excited to be able to collaborate with Hardwicke and the movie’s star.

They are honored to work with Catherine and Kate–artists who can bring this important and inspiring story to life.

Someone who has read Mark’s powerful and dramatic script that he wrote says that the story is “blowing everyone away.”